Thoughts on Zion #37 – More Lessons From the United Orders’ Failure

“Those who cannot remember the past are condemned to repeat it,” – George Santayana. 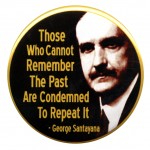 Since we LDS may some day be building Zion communities, we might do well to learn from our Utah ancestors’ mistakes. Last time we suggested one such misstep was that the Saints moved too quickly from cooperatives to the United Order, instead of giving themselves time to absorb the values of cooperation into their culture.

1. Delegate decision-making. Brigham City’s nearly-self-sufficient economy was run single-handedly by Apostle Lorenzo Snow, which caused him “no small degree of anxiety”. Though he said he felt like Moses as the beleaguered leader of the Israelites, surprisingly he did not implement Jethro’s solution of delegating decision-making to others. If he had, the co-op network might have survived Snow’s imprisonment during the polygamy raids.

2. Put businessmen in charge. Religious leaders were put in charge of making economic decisions to which they were not accustomed or qualified. The St. George model of United Orders were plagued with obvious “waste and improvidence” due to the inexperience of their local church leaders. President John Taylor did actually learn this lesson and later put successful businessmen in charge of his Zion Boards of Trade.

3. Resource Management. The Hyrum, Utah, co-op failed because they cut down all the trees in Blacksmith Fork Canyon. You can’t base an enduring economy on the exploitation of natural resources.

4. Plan for the Youth. Orderville’s leaders realized too late the necessity of saving funds in order to set up the maturing young adults with stewardships of their own. Orderville youth were not only jealous of the blue jeans their contemporaries wore in neighboring mining communities, but also of their opportunities as well. Which leads us to our final lesson (for now):

5. Ongoing Training. Apparently, the youth of Orderville either weren’t taught that pride and jealousy were dangerous to the long-term health of society, or they didn’t understand. The highly-successful network of today’s worker-owned cooperatives in Northern Spain all hold regular trainings on the values of Cooperative Free Enterprise since the first co-op was founded there in the 1950s. This would also serve us Saints by helping to get the spirit of cooperation, instead of pride-based competition, into the hearts of the upcoming generations.