Some may be unaware that early LDS leaders taught that co-operatives were a means of uniting the Saints economically and preparing them for their eventual return to build the New Jerusalem Zion.

A great quote showing this was given by Elder George A. Smith in the October 1873 General Conference: 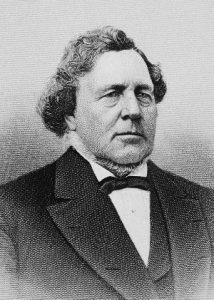 “We are looking forward to the day when we shall return to Jackson County… That will one day be the Center Stake of Zion, the center spot of the New Jerusalem which God is to build on this land. We can only be prepared for that work by being united… Can we not unite a little in erecting a [co-operative] factory, in establishing a store? Can we not learn, step by step, the principles of unity, which will enable us to be the people of God, like the Zion of Enoch, and prepare us for a dwelling with the blest? Every step we take of this kind is in the right direction. Sustain our Cooperative stores, and cease to sustain those who do not build up Zion.”

In a co-operative, unlike the typical corporation today, the profits are distributed among the local population. Those who work in the co-op, and often the patrons, receive a portion of the profits. This is done in order to prevent the division of the people into unequal economic classes of rich and poor.

The Lord himself in Moses 7 says that one attribute of Zion is that there were no poor among them – not because they were kicked out, but because those who were more gifted economically assisted those who weren’t to prosper as well.

In an effort to unite the Saints economically, and prevent the rise of classes, the LDS Church leaders organized them into numerous cooperatives. The goal was to attain that unity that God also mentions in Moses 7 – “they were of one heart and one mind”.

President George Q. Cannon in the April 1869 General Conference said it this way: 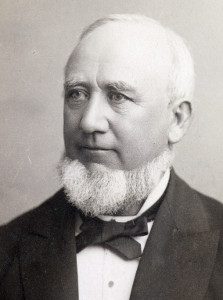 “A great many of the Latter-day Saints scarcely understand the persistency with which the Presidency of the Church has labored to bring about the oneness of the people in temporal things; and this cooperative movement is an important step in this direction and is designed to prepare them for the ushering in of this Order to which I have been alluding. It has already produced greater union, and it will produce still greater union than anything that has been witnessed among us, and if we carry it out in the spirit in which it has been taught to us it will produce immense results.”

In the spirit of doing “many good things of their own free will, and to bring to pass much righteousness” (D&C 58:26-29), I invite you to join one effort to begin building co-ops and start on the path of preparing ourselves for the economic unity required of those who live in a real Zion society. See ZionBuilders.org.